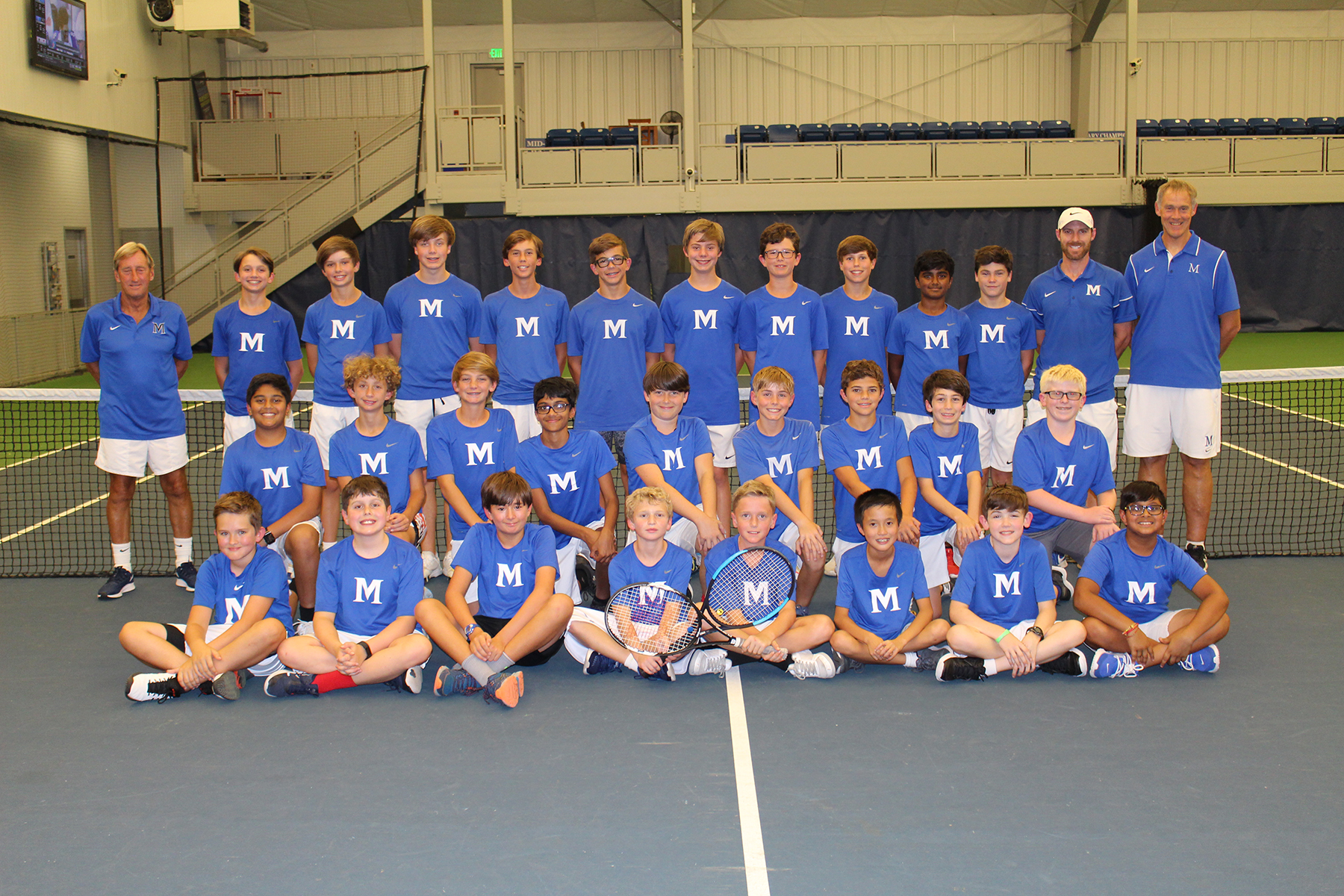 Tennis in the Middle School at McCallie is a competitive sport, and many of the boys who participate have a good bit of tennis experience. The team consists of a large number of players of varying skill levels. We play competitive matches in both the fall and spring against top competition from schools in Tennessee, Alabama and Georgia.

We have three dedicated coaches with the middle school team, led by longtime teacher and coach David Vining, while also benefitting from the wealth of coaching wisdom from the high school coaches who are often involved with all of the players in the program.

The tennis program at McCallie is led by Jeff Clark '91, who took over as head coach in 2016-17. Coach Clark coached on the college level for nearly 20 years. He coached both the men’s and women’s programs at the University of Tennessee at Chattanooga from 1997-2001, winning a men’s Southern Conference crown in 2000. Clark also found success as an assistant coach with the University of Mississippi men’s team from 2002-2006, helping the Rebels to two SEC team championships, four top-10 national rankings and a final four appearance.

He returned to Chattanooga to coach the UTC’s women’s team in 2007, coaching them for nine seasons and and compiling 207 victories as a Division I coach before joining the McCallie community.

No stranger to McCallie, Clark played No. 1 singles under Coach Eric Voges ’81, winning a state title his senior season. Following a successful college career at Vanderbilt, he played professionally in Europe, including two seasons as the number one player for his German club team, TC Philippsburg.

Coach Voges headed the McCallie tennis program from 1987 until 2016. Under his guidance, the Blue Tornado claimed six state titles, advanced to the finals nine times and played in the state’s final four every year since 1997. Voges now serves as the Director of Tennis Operations where he oversees the Strang-Voges Tennis Center.

In addition to the beautiful outdoor tennis setting on the Ridge, the program has access to one of the top indoor tennis facilities in the country. The Strang-Voges Tennis Center is named for John Strang, who coached tennis and taught Bible at McCallie from 1951 to 2001, and Coach Voges. The 47,000-square-foot facility boasts six indoor courts, 250 stadium seats, PlaySight video and analytics technology, and a locker room and team meeting rooms.