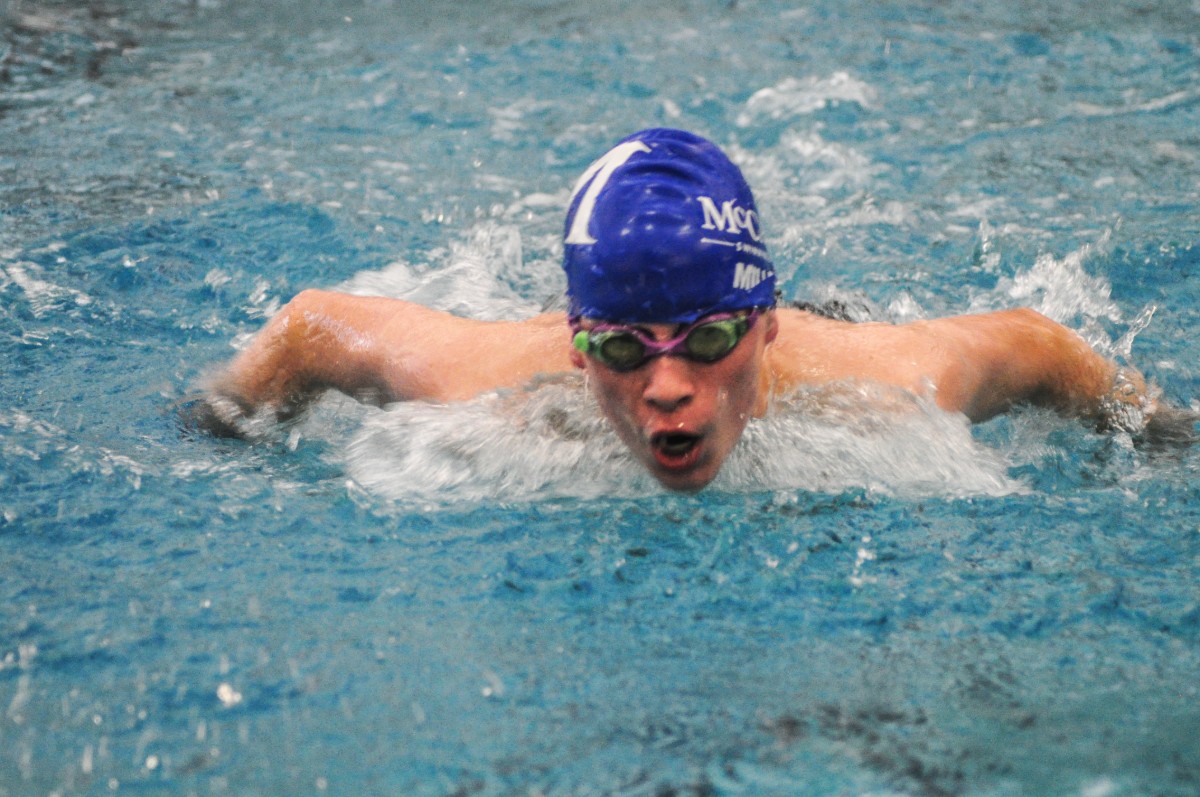 McCallie's swimming and diving program has long been known as a high school power in the Southeast. The Blue Tornado have won 21 State Championships; including seven in consecutive years from 1998 to 2004.

McCallie won back-to-back state titles in 2019 and 2020 and was state runners-up in 2021. Last season, junior Sam Powe won state championships in the 100 backstroke and the 200 freestyle and was a member of the winning 200-medley relay team with Will Hanger, Colby Maupin and Conor Kinley.

The 2020 squad produced three individual event State Champions and three state champion relay teams. Will Jackson, who signed to swim at the University of Tennessee, won the 200- and 500-meter freestyle events and was selected the Most Outstanding Performer of the meet. Powe brought home the 100-meter backstroke state trophy, as did the relay teams in the 200 medley, 200 free and 400 free races.

The 2019 State Championship team had two individual State Champions and two state title-winning relay teams. Jake Marcum won the 200 freestyle, Jackson raced to the 500 free title, and the freestyle relay teams took first-place honors in the 200 and 400 relays. Marcum signed with the Indiana University but is now competing for the University of Alabama.

The 2018 squad was runner up at the state meet, while the 2017 Blue Tornado team placed third.

Head Coach Stan Corcoran, who was selected State Boys Coach of the Year in 2019 and 2020, has guided the swimming program for 29 years and has made the McCallie aquatics center a year-round headquarters for young people in the area for top-notch instruction and swimming lessons and training.

Nearly 50 swimmers who have trained under Coach Corcoran have gone on to compete at the collegiate level. Perhaps his most notable student-athlete is alumnus Sean Ryan '10, a State Champion who continued his career at the University of Michigan, won Big 10 Conference titles and competed internationally. In August 2016, Sean competed in the 10k Open Water event at the Summer Olympic Games in Rio de Janeiro, Brazil, as a member of Team USA. Sean returned to McCallie to work with the high school program for three years.

The McCallie School offers aquatic programs to children ages 2 and up to adults, as well as boys and girls and men and women. It offers swim lessons, master adult swim practices, lifeguarding classes, swim clinics for triathletes and summer league swimmers, plus a year-round USA Swim program called McCallie / GPS Aquatics. For more information on these programs please go to mccgpsaquatics.com.