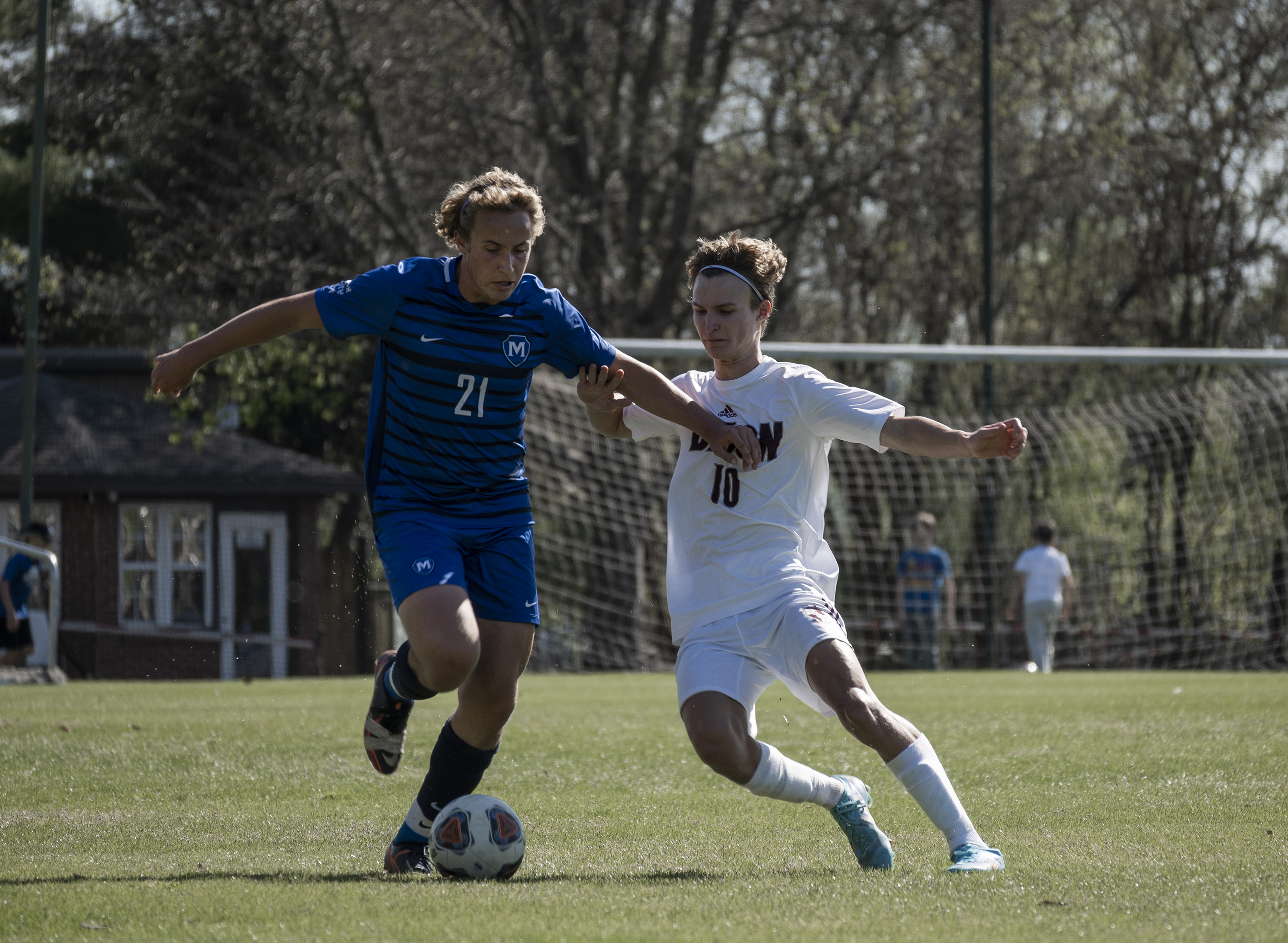 The McCallie varsity soccer team enters the 2021 season hoping to pick up where it left off. After winning state championships in 2017 and 2019 and a runner-up finish in 2018, the Blue Tornado were heavy favorites for another title in 2020, ranked #2 in the country before the spring sports shutdown.

Under Head Coach Chris Cushenbery, the Blue Tornado have become a perennial top 25 nationally-ranked program, with final rankings of #4, #11, #10, and #2 from 2017-2020. The team regularly plays top opponents from around the country including state champions from Texas, Tennessee, Georgia, South Carolina, Alabama, and Oklahoma in the last three seasons, twice defeating the top-ranked team in the country (Norman North 3-0 in 2017, and Station Camp 4-0 in 2018) along with a draw with the No. 2-ranked team (1-1 against Coppell from Texas in 2018).

The 2019 championship squad went 13-3-2 overall and produced two All-Americans as named by Top Drawer Soccer, Matthew Warbrick and Gui Vivaldini. Warbrick nearly pulled off quite the double in 2019, winning a state title at McCallie in May and falling in PK’s in the NCAA Division I National Championship game that fall as a freshman at the University of Virginia. Gui is a current senior for the Blue Tornado and is committed to play at UNC - Chapel Hill. His roommate, Neal Carlson, a preseason All-American in 2020, is also committed to playing D1 soccer at SMU, bringing McCallie's tally of NCAA Division I players to seven in the last four years.

From 2017-2021, college coaches pursued 24 different McCallie players for opportunities at the next level, including Drew Viscomi '17. A 2016 and 2017 All-American, the state's Gatorade Player of the Year as a senior, and runner-up for USA Today National Player of the Year, Viscomi shattered McCallie records on his way to Northwestern University in Chicago. Thomas Priest, an All-State performer in 2017 and 2018, started most of the season during his redshirt freshman campaign at Lipscomb University. Jonah Bryan '18 earned All-American honors at McCallie before picking up All-Conference and All-Region recognition at the college level, where he now anchors the back line at the University of California – San Diego. Andrew Prescott '20 earned his first start in goal as a freshman at East Tennessee State University this spring. In addition to the D1 crew, Logan Russell '18 is earning caps as a full-time starter for the Bahamas Men’s National Team. A total of six McCallie soccer players combined to earn 10 All-American Awards from 2016-2020.

Cushenbery is now in his eighth year as the head coach and program director, and he is assisted by Joel Bradford, Moises Drumond, and Ashley Posey. Former coaches Kevin Sims (President of the United Soccer Coaches organization in 2020), Steve George, and Tony Meyers combined to produce five state championships and many other college prospects from schools such as Furman, Louisville, North Carolina State, Lee University, Covenant College, Centre, Wake Forest and many more.

Ben Stafford '97 was a Parade All-American, a First-Team All-Atlantic Coast Conference performer at Wake Forest, and a third-round pick for Kansas City in the 2001 Major League Soccer SuperDraft. Haddon Kirk '02 was drafted in the second round of the 2007 MLS supplemental draft. Arturo Rocha '12 was also an All-American.

McCallie soccer has been awarded the NSCAA National Team Academic Award 17 times which ranks among the top 10 in the nation and is best all-time in the state of Tennessee. And the Franklin award, given by the Chattanooga Times Free Press to the area’s top student-athlete, has gone home with a McCallie soccer player four times in the past five years (David Bowman-Princeton, Wesley Brown-Princeton, Will McGregor-UNC, and Noah Tremain-UNC).

But the soccer program strives to be about more than trophies and honors. The overarching sense of purpose for the young men in this program is to “make McCallie the best place in the country to play high school soccer.” Rather than a focus on winning, the team strives to create the best environment for players to grow both on the field and as men. That focus is solidified in the team’s core values listed below: