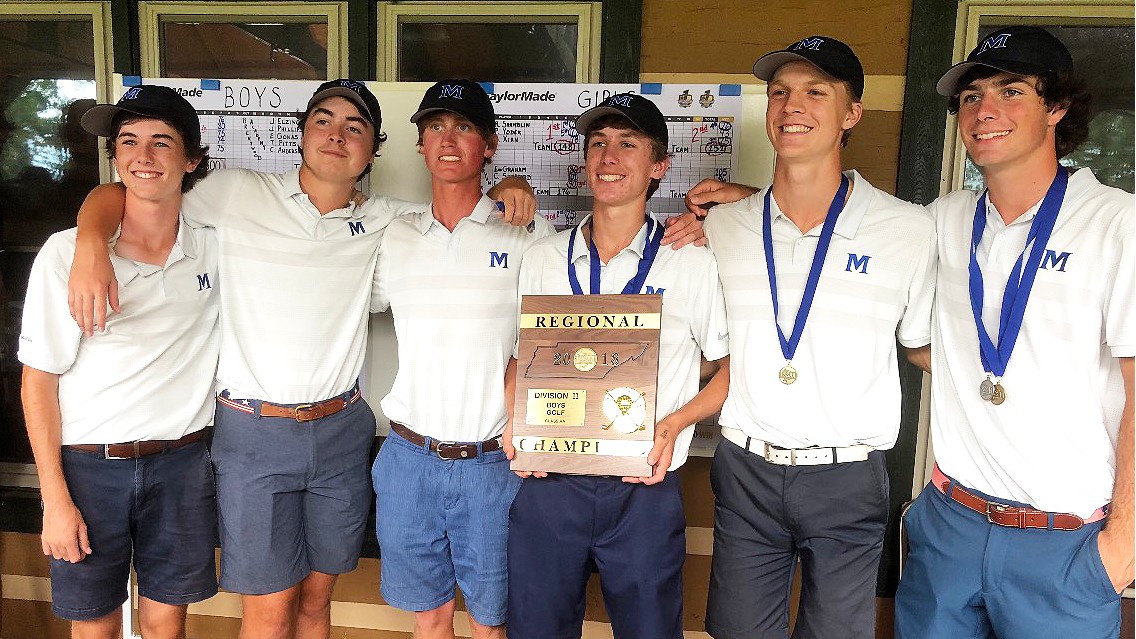 Rob Riddle was selected to direct the golf program in the spring of 2015. He has nearly 25 years of experience in the golf industry and is an excellent teacher of the sport.

McCallie's golfers use several top-notch and highly-rated area courses for practices and tournaments. And the newly completed indoor golf center on campus offers an excellent opportunity for boys to work on all aspects of their game.

The Blue Tornado captured state golf championships in 2002 and back-to-back state crowns in 2010 and 2011. Patrick Clossin ’11 earned the 2010 individual state title, the first in the program’s history. Clossin went on to have a stellar golf career at Washington & Lee University. Gordon Hulgan '14 was the state individual medalist in 2011.

The golfers have qualified for the TSSAA Division II State Tournament in each of the past five years, including in 2018 when they won the East/Middle Region title for the second consecutive season.

Other golfing alumni have continued their careers at schools such as Belmont, Georgia, Vanderbilt and Virginia Tech. Andrew Weathers ’14 has been a starter on the University of Tennessee at Chattanooga squad and was named Southern Conference Freshman of the Year in 2015.

Adam Mitchell ’05 was named a 2008 Second-Team All-America at the University of Georgia by both PING and the Golf Coaches Association of America. He was a member of the 2009 Walker Cup championship team and turned professional in 2009. Bryce Ledford ’03, who had a decorated golf career at UTC, turned pro in 2008. He won the 2009 Tennessee Open and competed on the Hooters Tour.