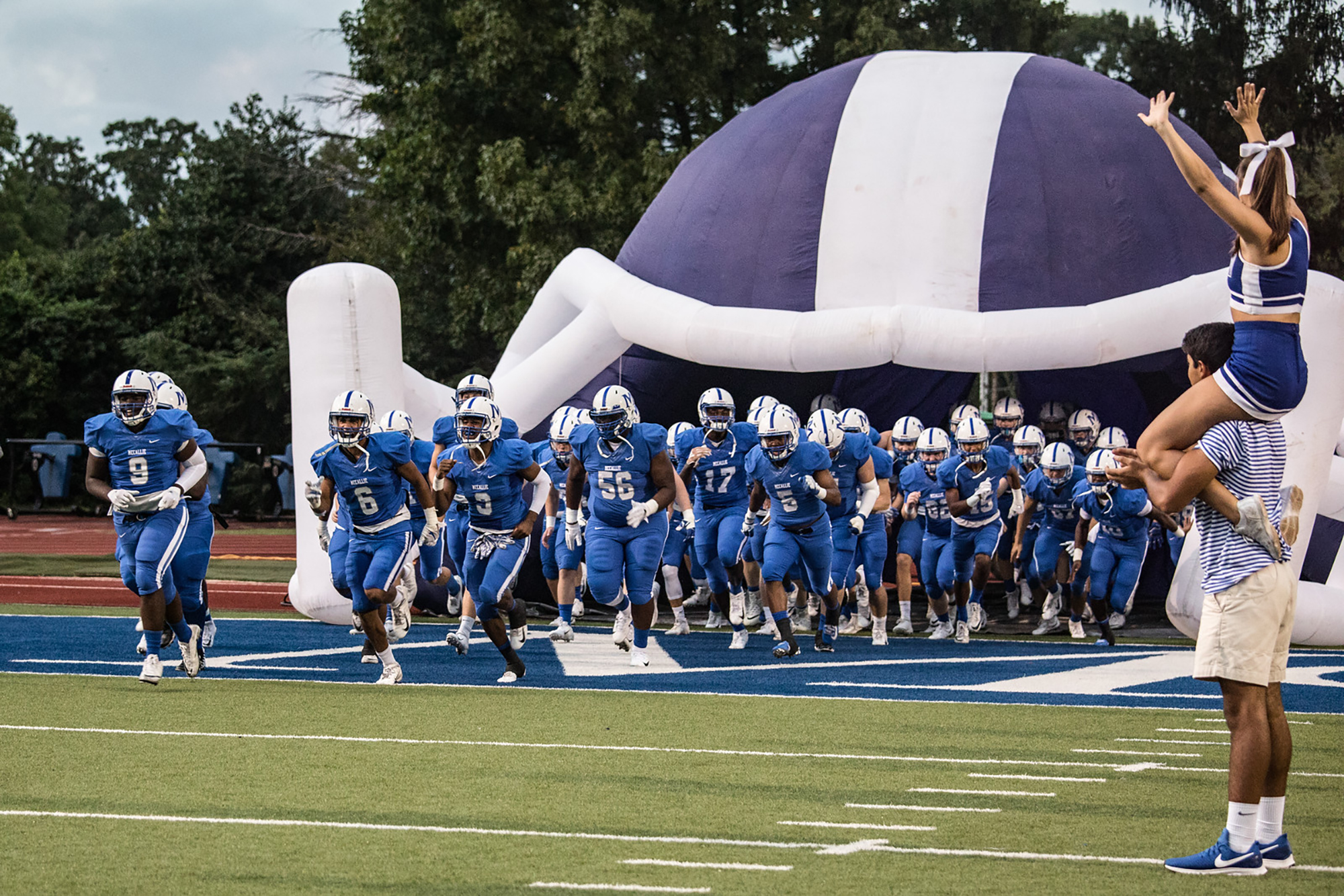 McCallie has been playing football since the school opened in 1905. One of the storied programs of the South, McCallie has compiled an impressive overall record of 655-364 in over 100 years of football.

The 2019 season culminated in the TSSAA Division II-AAA State Championship as the Blue Tornado defeated Montgomery Bell Academy 28-7 December 5 in the title game. It was the program's second TSSAA football state championship. It also resulted in the school's first 11-win season (11-2).

Currently, McCallie has a coaching staff of 16 full-time staff members and eight part-time coaches to oversee a program consisting of two middle school teams, and a junior varsity and varsity team in the high school serving approximately 160 boys.

After serving a five-year stretch at Brentwood Academy, Potter returned to the Ridge in 2012 to rebuild the program once again. In 2014, McCallie returned to prominence, defeating four-time state champion Ensworth 62-34, snapping Baylor’s winning streak over the Big Blue with a 35-9 victory and finishing with a 9-3 record. Although weakened by injuries later in the year, McCallie stood at 18th in the country after the win over Baylor, according to MaxPreps.