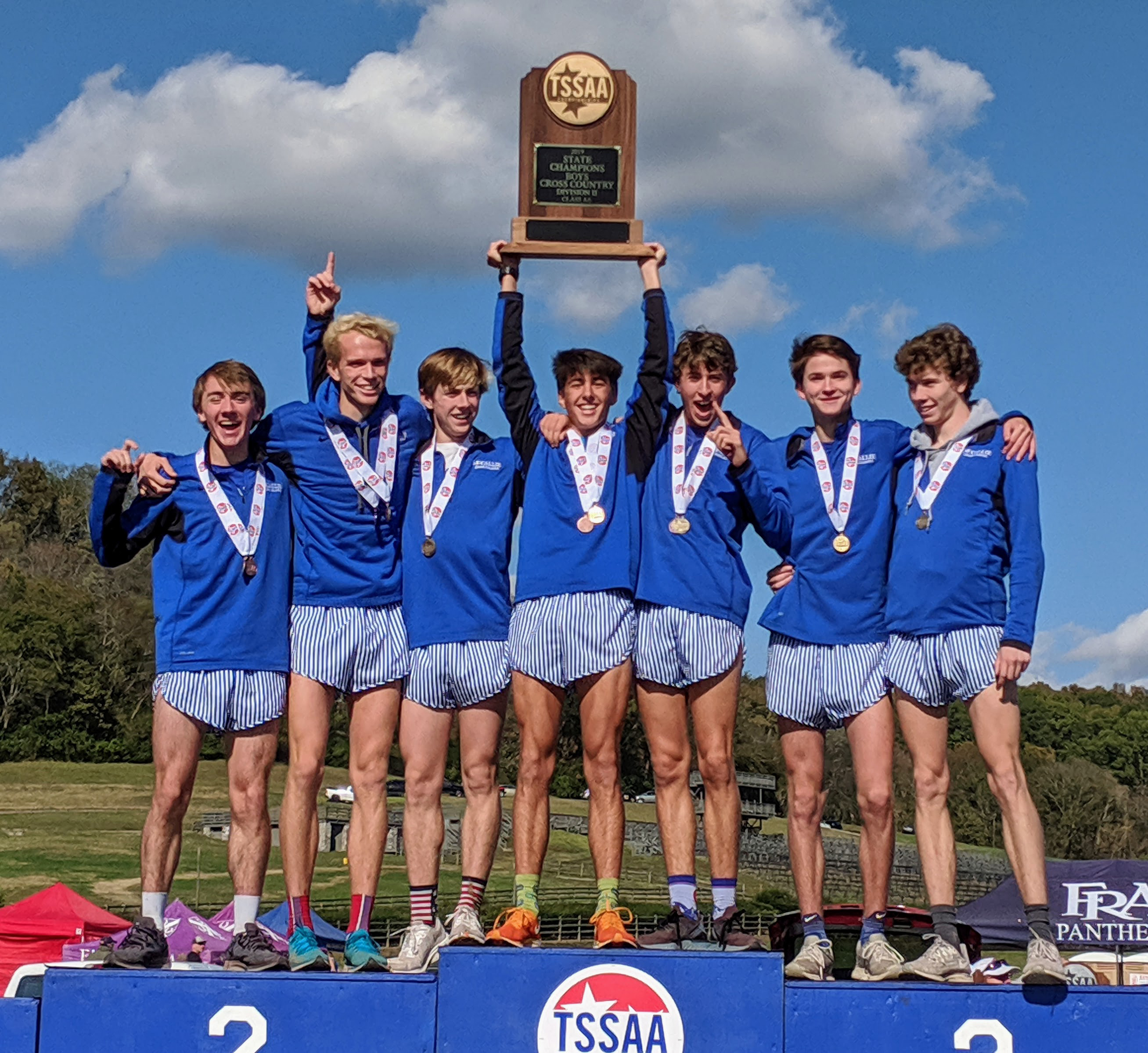 McCallie's Cross Country program has a 65-year history of success, winning multiple Mid-South Championships throughout the 1950’s and 60’s. McCallie has never had a losing season in dual meets.

McCallie won the 2020 Division II State Championship to go back to back as state champions for the third time in program history. The 2020 team had three All-State runners, led by freshman Evan Simpson in fourth and Grady Outlaw in ninth at the state race. The Blue Tornado captured the 2019 Division II State Championship with five All-State honorees.

The Blue Tornado runners have captured the Chattanooga Area Championship each of the last six seasons and 13 City titles in the past 15 years. The 2018 team was state runners up with five athletes earning All-State honors.