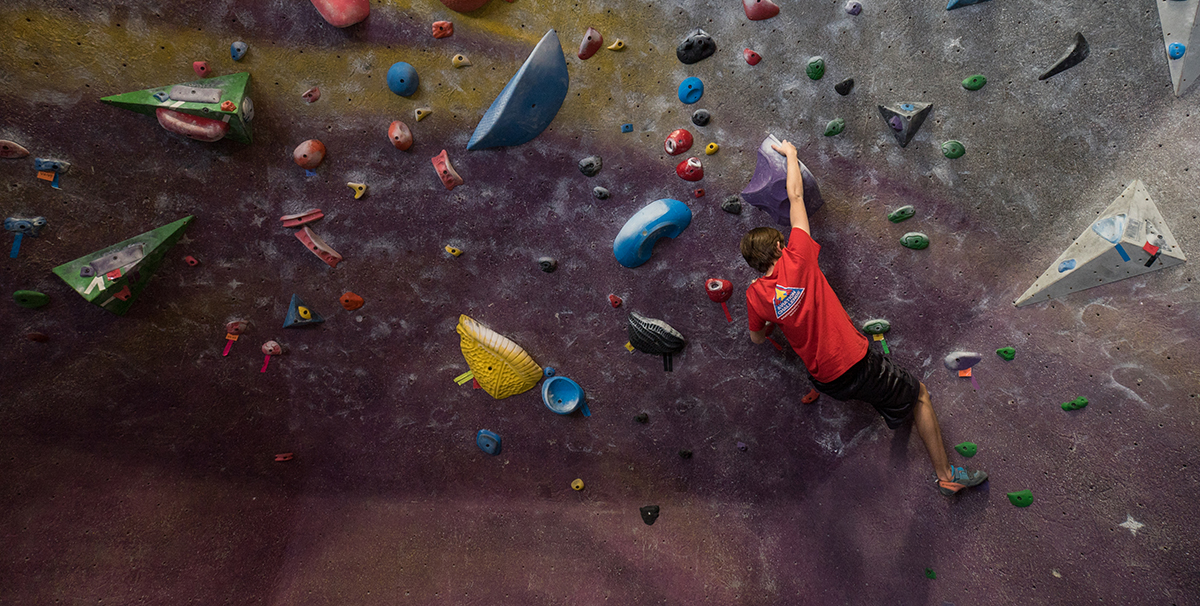 Jake Altemus has coached McCallie’s climbing team since 2010, and the squad has not lost a competition during that time span.

Climbing became an interscholastic activity in the Chattanooga area in 2015, and the McCallie climbers dominated from the outset. In the inaugural season, the Blue Tornado claimed the top two positions competing in a field of 20 teams from 12 area schools.

With several highly-regarded climbing facilities in the area, Chattanooga’s abundant rock climbing faces and boulder areas, and the physical challenge the sport presents, the climbing team has become popular among McCallie students