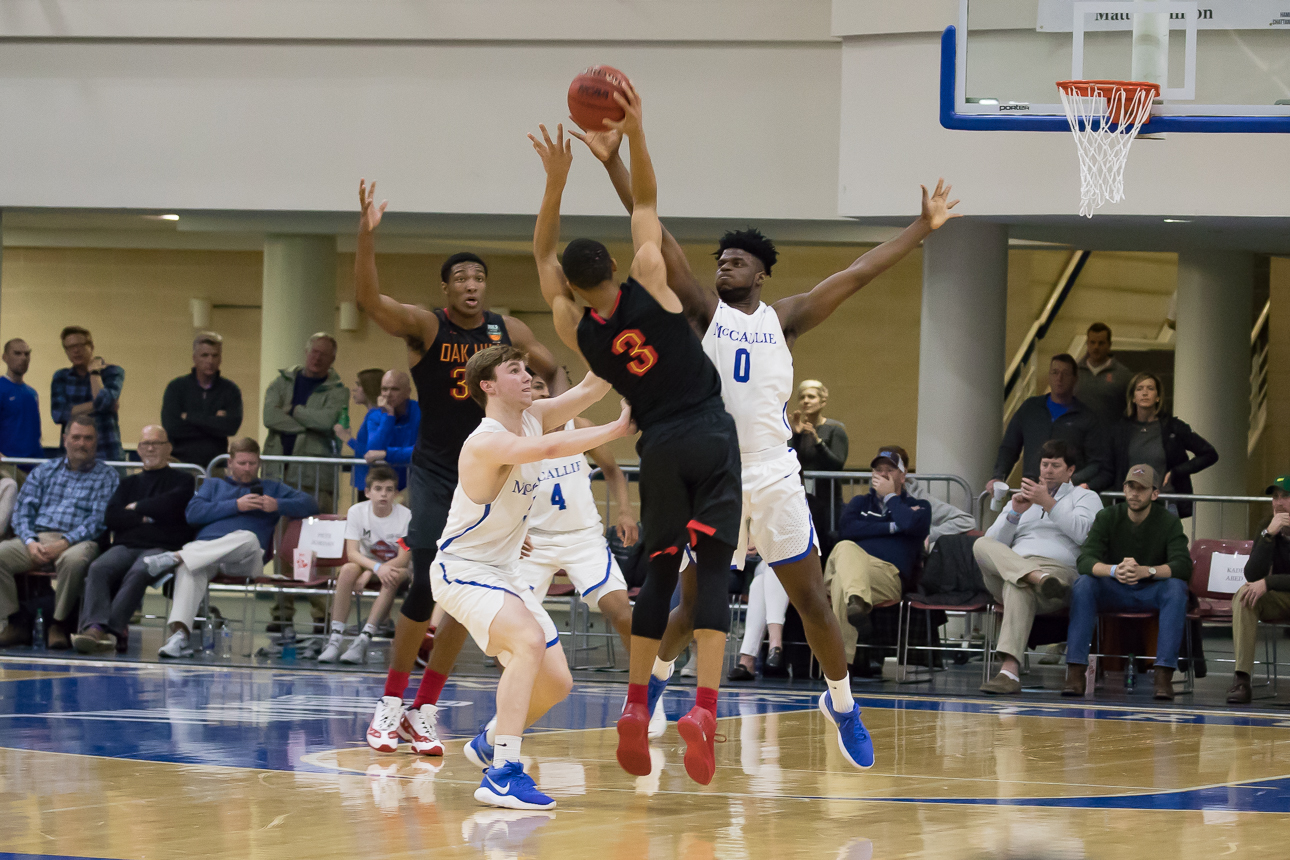 The McCallie basketball program regularly stands out as one of the top high school programs in the Southeast. Head Coach David Conrady enters his third season as the leader of the program and is a veteran coach from both the college and high school ranks.

Coach Conrady was hired in the spring of 2018 after spending a couple of seasons as the head coach at Prestonwood Christian, a Dallas, Texas, private school power which won a state title in 2016. For his efforts, Coach Conrady was named Texas Private School Coach of the Year. Prior to entering the high school coaching ranks, Coach Conrady spent 23 years coaching at the collegiate level.

McCallie’s varsity teams have enjoyed recent success, advancing to the state’s final four in 2016 and 2017 and the Division II-AA championship game in 2017.

The Blue Tornado participate in the top national and area tournaments. McCallie claimed the Best of Preps tournament titles in 2015, 2016 and 2017 at the city’s annual holiday event and earned a berths in the championship finals of the prestigious City Beautiful Invitational in 2018 and the Arby’s Classic in 2017.

McCallie players have been skilled enough to draw interest from college programs. Jr. Clay ’18 is an All-Ohio Valley Conference selection at Tennessee Tech. Adrian Thomas ’16 was a league player of the year and 1,000-point scorer at Sewanee, and Henley Edge ’17 and Max Shulman ’17 helped Alabama-Huntsville earn an automatic bid to the NCAA Division II Championships. Anthony Watkins ’19 plays professionally in Germany.

This year’s varsity squad features several students who have committed to continue playing basketball at the collegiate level.