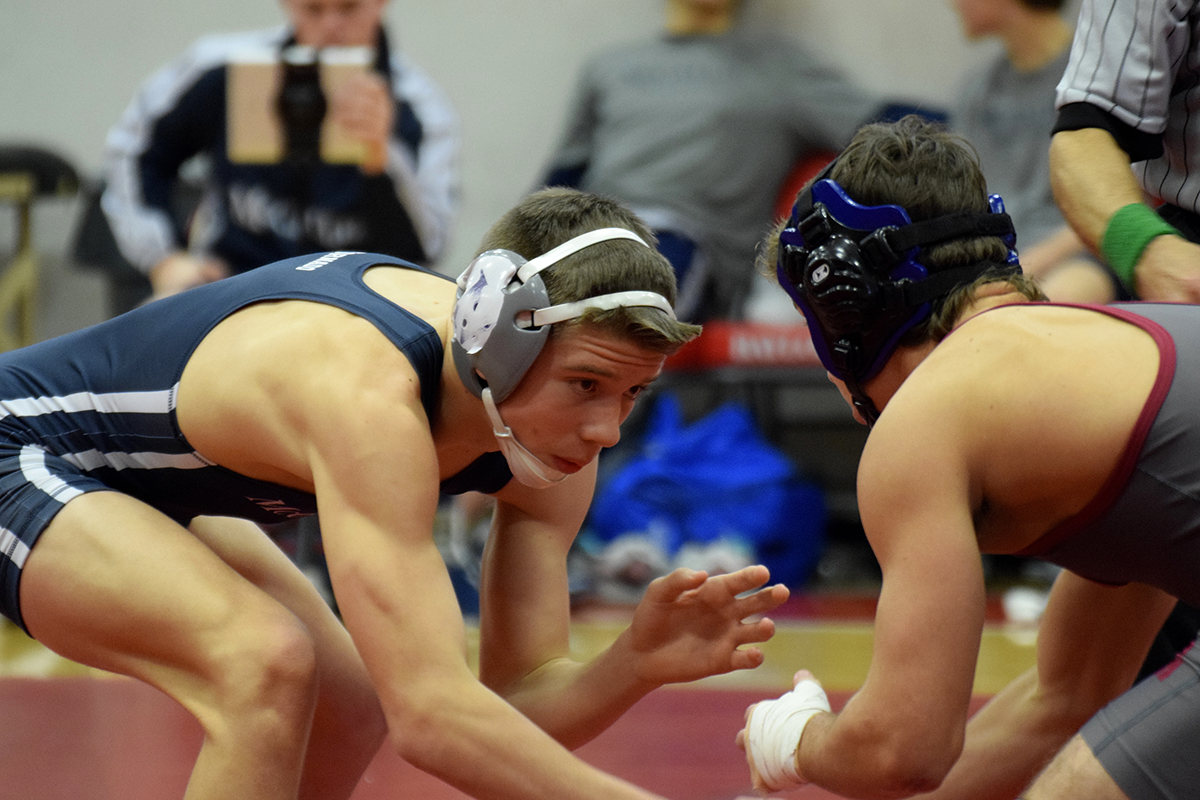 The wrestling tradition at McCallie is tough to match. During the TSSAA era, the Blue Tornado have won eight Tennessee State Tournament Championships and six State Dual Meet Championships.

Individually, McCallie has produced more than 65 State Champions in the sport since 2000, including Jack Braman, Emory Taylor and Alex Whitworth in 2021. In 2020, four individual State Champions were crowned from McCallie -- Gavin Cagle, Taylor, Whitworth, and James Howard.

T.J. Duncan ’11 became the first wrestler in the State of Tennessee to win five individual state titles. And Whitworth, a 2021 graduate, became the state's third wrestler to accomplish this feat. Alex earned state titles from 2017 to 2021 and is continuing his career and education at Harvard University.

Whitworth and Gavin Cagle were runners up at the 2021 National Preps Championships and earned All-American status by placing among the top eight. In 2018, four athletes were All-Americans at National Preps, the second straight year the Blue Tornado produced four such honored wrestlers.

In state competition in 2018, McCallie placed second in the State Traditional Tournament and third in the State Duals. In 2016, the Blue Tornado earned runner up status at both state tournaments.

Mike Newman led the program from 2010-2018 and will remain on staff as a veteran assistant. He was a standout collegiate wrestler at UTC. David Levitt ’94 won two state titles for McCallie and continued his career at Boise State. Tom Herring is also a two-time Southern Conference champion at UTC, wrestled at The Citadel and is a long-time coach in the area. Coach emeritus Gordon Connell has been an ambassador for amateur wrestling since the 1960s and is known throughout the world’s wrestling circles.