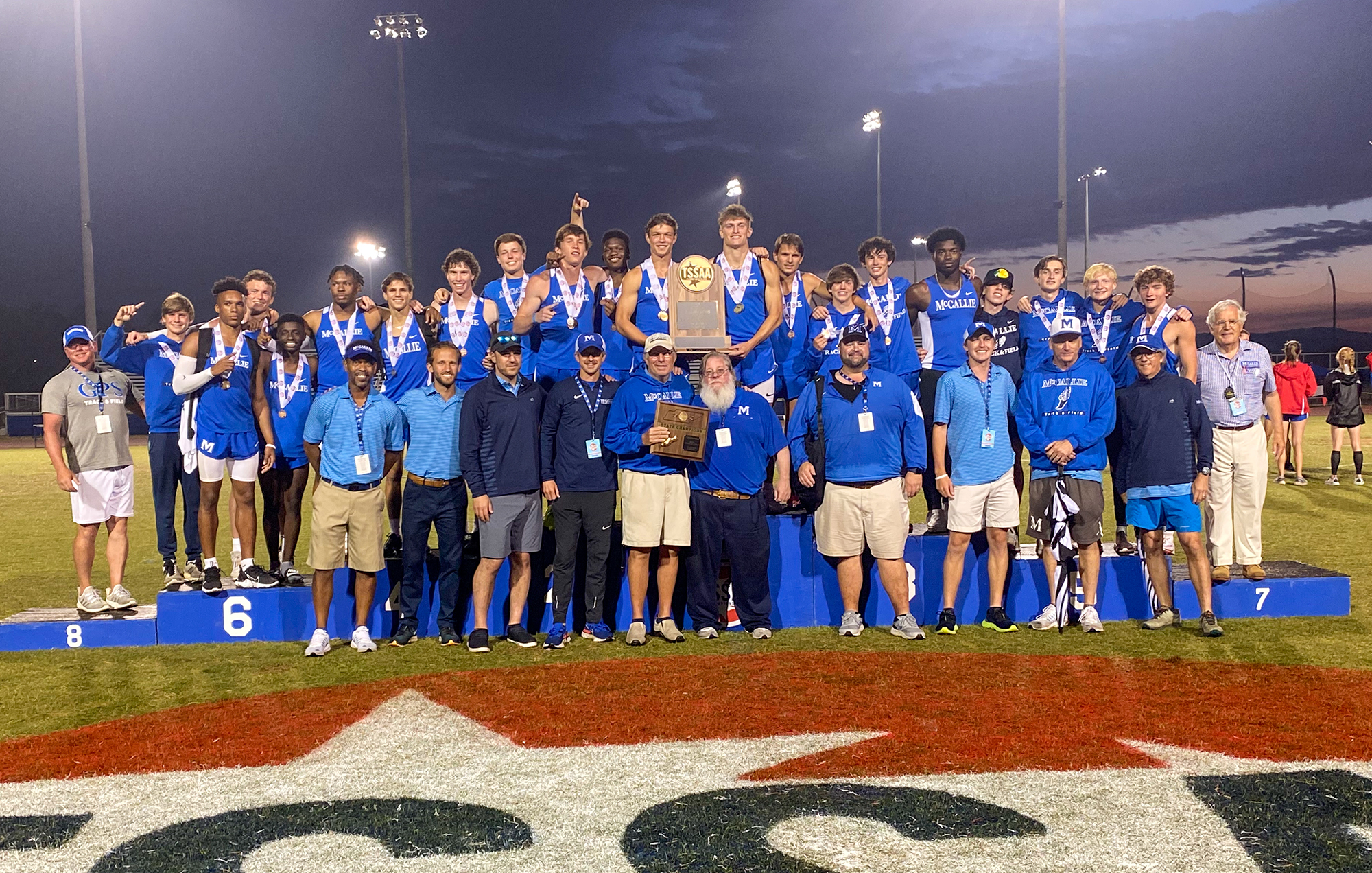 Track and field at McCallie is one of the oldest recorded sports in the school’s history. It is also one of the most popular and successful.

Mike Wood has served as McCallie’s track and field coach since 1991. During that span, McCallie has had 32 individual State Champions in 39 different events. He has led the Blue Tornado to runner up finishes as the state meet eight times and the 2021 TSSAA Division II-AA State Track and Field Championship.

Some of McCallie’s most skilled athletes have worn the school’s track uniform. Peter Hunt ’84 and Charles Forlidas ’85 earned track All-American honors at Princeton University. Matthew Levine ’90 (Yale) competed in the 400-meter hurdles at the 1996 U.S. Olympic Trials, and Michael Bingham ’04 won an NCAA Championship in the 400 meters for Wake Forest University and was a member of Great Britain’s Bronze Medal 4x400-meter relay at the 2008 Olympic Games in Beijing. Hakim McMorris '18 was the top-ranked high school decathlete in the nation and now competes for Cal Berkeley.