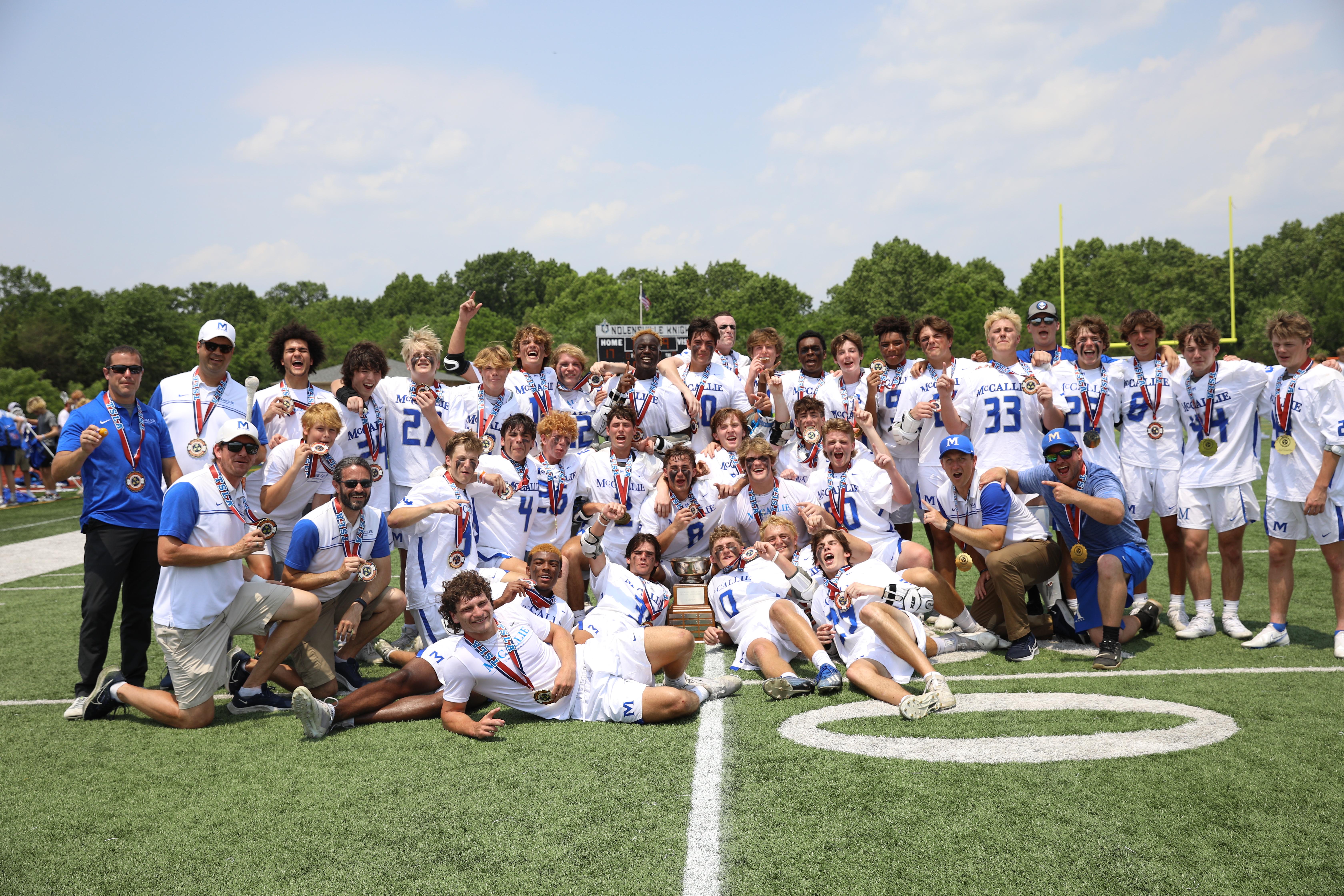 The McCallie lacrosse program began in the fall of 1989 with approximately two dozen players and two coaches. Since that date, the program has grown into one of the top programs in the Southeast.

The mission of the program is to help its student-athletes develop as McCallie Men who embody Honor, Truth, and Duty; as teammates who put their brothers’ needs above their own; and as players who are willing to be uncommon by striving for excellence by persevering through failure.

The overall school program consists of more than 120 players on the Varsity, Junior Varsity and Middle School teams. McCallie welcomes players of all levels of experience and strives to develop them appropriately at each level.

The Blue Tornado captured its ninth state title last spring with a stirring 17-9 victory in the finals over Memphis University School. The squad was led by All-Americans Zach Chari, Hayden Downs, Weston Hammond and Matthew Mathias.

The program is led by Head Coach Eamon Thornton ’02, who took over the program in 2020. Eamon has been a member of the school’s faculty since 2011 and the JV head coach and varsity assistant for seven years before assuming the varsity head coaching role. A graduate of Hampden-Sydney College where he played lacrosse, he also teaches English and is a dorm advisor. Eamon has coached the Swiss National Lacrosse Team since 2013. His assistants have a wealth of coaching experience and knowledge of the game and include Tim Chakwin, Jon Isler, Brian Maskarinec and Bryan Sansbury.