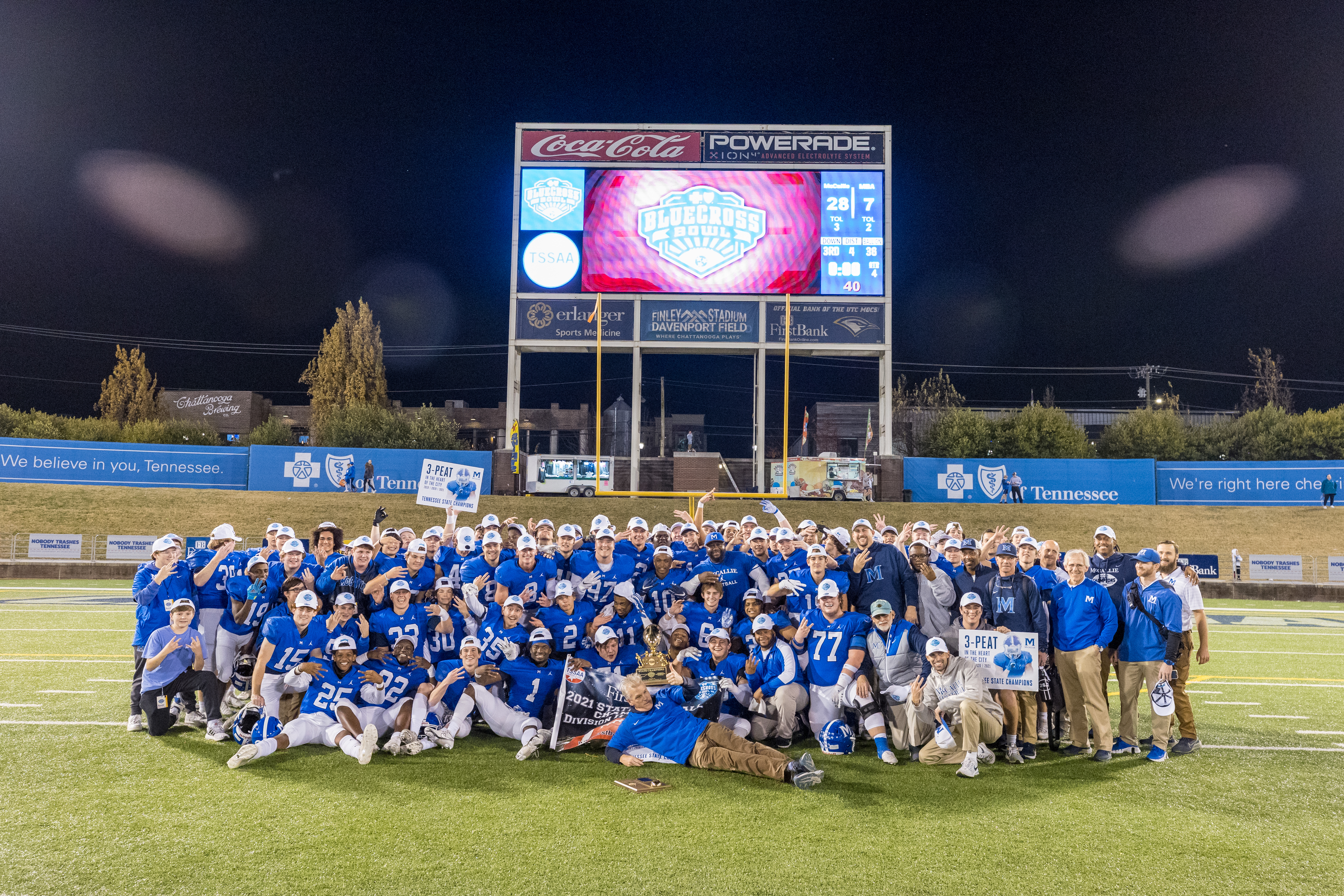 McCallie has been playing football since the school opened in 1905. One of the storied programs of the South, McCallie has compiled an impressive overall record of 683-377-44 in 114 years of football. It has won four state championships including three consecutively in 2019, 2020, and 2021.

The 2019 season culminated in the TSSAA Division II-AAA State Championship as the Blue Tornado defeated Montgomery Bell Academy 28-7 in the title game.

The Blue Tornado followed up that championship with a consecutive state title in 2020. McCallie impressively won its two playoff games on the road and steamrolled Memphis University School 44-0 in the finals for back-to-back Division II-AAA State Championships.

In 2021, the program posted its first 13-win season and first undefeated schedule since 2001. The Blue Tornado faced Montgomery Bell Academy in the state finals, played for the first time in Chattanooga, and kept the trophy in town with a 28-7 victory.

Currently, McCallie has a coaching staff of 15 full-time staff members and six part-time coaches to oversee a program consisting of two middle school teams, and a junior varsity and varsity team in the high school serving approximately 175 boys.

After serving a five-year stretch at Brentwood Academy, Potter returned to the Ridge in 2012 to rebuild the program once again. In 2014, McCallie returned to prominence, defeating four-time state champion Ensworth 62-34, snapping Baylor’s winning streak over the Big Blue with a 35-9 victory, and finishing with a 9-3 record. McCallie ranked 18th in the country after the win over Baylor, according to MaxPreps.

The past five years have featured a number of players who have gone on to play in college, including quarterback Robert Riddle, a Mr. Football Finalist, and Giovanni Reviere, a Mr. Football Semifinalist. Members of the 2021 squad are on football rosters at such places as Memphis and Missouri. The most recent senior class produced seven players who will continue in the college ranks including Division I programs Duke, East Tennessee State, and Furman.