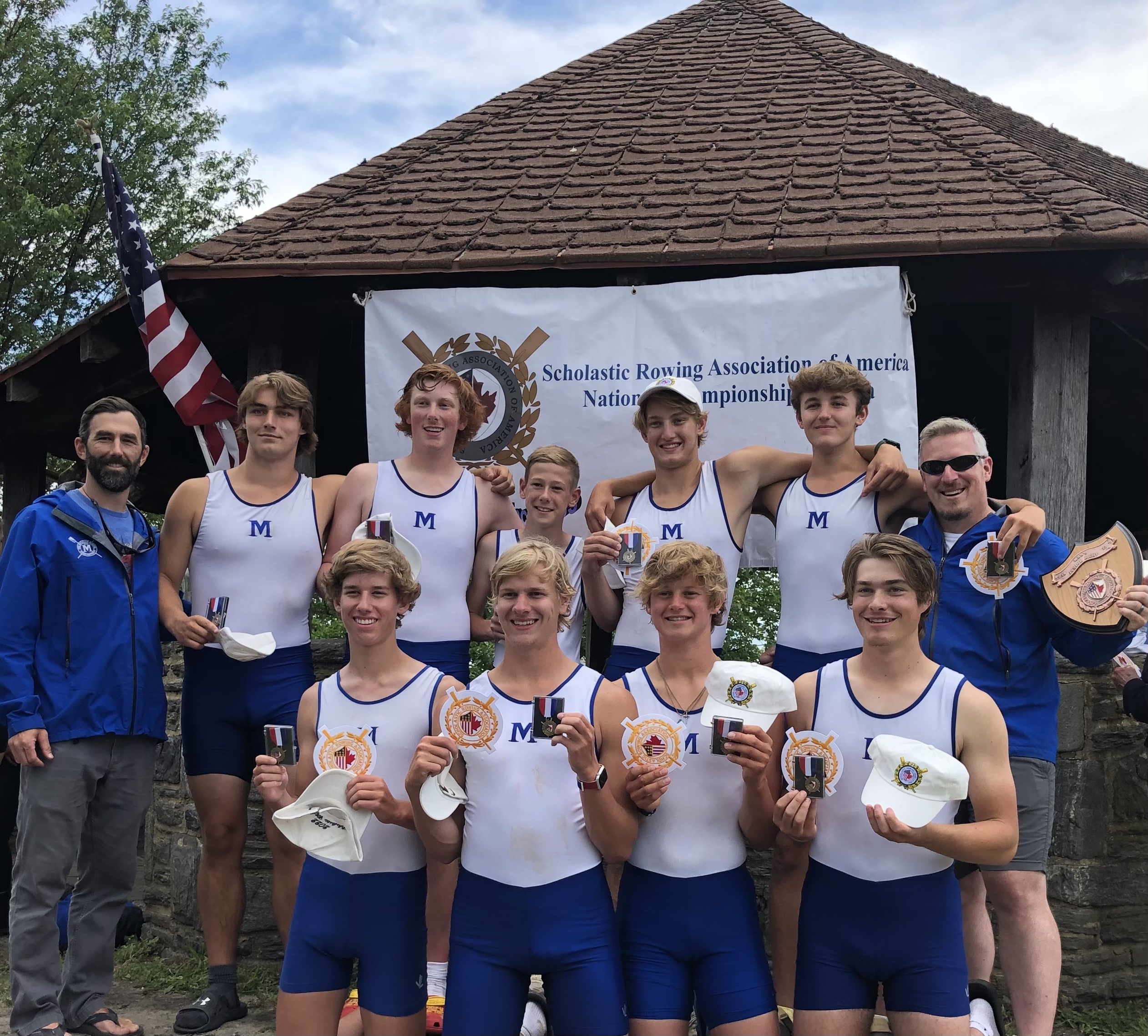 With over 30 years of rowing history at The McCallie School, rowing is steeped in tradition. McCallie oarsmen learn more than just strokes on the water. Rowers learn much about themselves as athletes and as individuals. At McCallie, there is a strong emphasis on Honor, Truth, Duty. These attributes are the cornerstone to developing academically as well as athletically. The lessons learned in the classroom and on the water, and the friendships made through common struggles and achievements, will lead to the formation of a life-long brotherhood.

In May 2022, the Blue Tornado Junior 8 boat raced to a national title at the SRAA Prep Nationals.

Many of the oarsmen the program has produced have continued to row after McCallie and have attended some of the most prestigious schools in the country. McCallie rowing alums have rowed at Princeton, Penn, Cambridge, Cornell, Columbia, Dartmouth, the U.S. Naval Academy, Oxford, Hobart, Boston University, Yale, MIT, Georgetown, Harvard, Virginia, Georgia Tech, and Syracuse among others. Rowers have also participated in the Oxford-Cambridge Boat Race, the Junior World Championships, the Under-23 World Championship, and the Senior World Championship.

Coach McCourt began his coaching career under the direction of legendary McCallie teacher and coach Richard “Doc” Swanson in the Fall of 1999. After stops at St. Joseph’s Prep (Pa.) and the Mercer Junior Rowing Club (N.J.) which he founded, Coach McCourt returned to the Ridge in the fall of 2012. In addition to coaching rowing and teaching 10th grade World History, he lives in Burns Dorm with his wife Megan and their three kids: Caitlin, Connor, and Gavin.